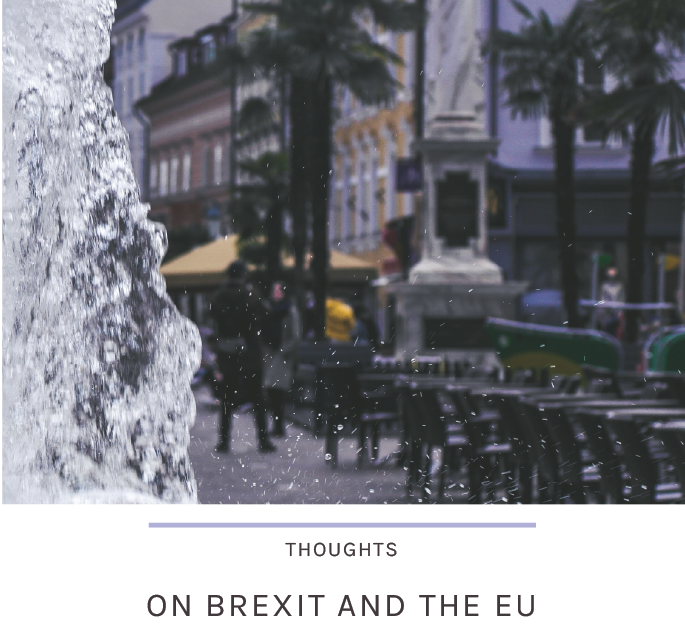 Here it is, the inevitable – a Brexit rant and lamentation; pass the soapbox.

Back when we had the EU referendum in 2016, I felt strongly about my vote to Remain, without any idea of the significance it would have to me today.

One year after the vote, I met an EU boy working in the UK;  a year and a half later, we were given the chance to move from the UK to Villach, Austria for his work.

And I was free to come along, with no Austrian job on offer, with no questions asked.
A trip to our new town hall, and a piece of paper to confirm my status as an EU resident of a new EU country. Easy.

I remember the day I moved into my flat back Manchester, walking down into the centre, on a beautiful spring day, past coffee shops spilling onto the streets and marveling at how European the city felt that day, and how much I felt a part of something. And now one of the things I love about living in Villach is how much of a European transport hub it is.  Although it’s a small and fairly quiet place, it feels SO connected – I love to walk through the train station every day and see the departures board:  Zagreb, Frankfurt, Zurich, Vienna… So many cultures and cities!

To be able to exercise freedom of movement is the most valuable thing – I can’t imagine a Europe without the intermingling of cultures and free and open borders, and to think of losing easy access to this rich environment as a result of scaremongering from our government is devastating. I feel lucky to have moved when I did, from what I can tell – as nobody seems to know yet for certain – I should be free to continue living and working here. I’d feel much more secure working for an Austrian company than I do working for myself but I’m hopeful that our way of life here won’t be too altered.

But for the next generation of Britain’s youth, the dream of up and moving to Europe for a new start is fast dissolving. All these simple opportunities to explore our world and ourselves – interailling, seasonal work, Workaway and WOOFing – will now come with a whole host of limitations. And this is only one aspect of leaving the EU! Besides freedom of movement, there’s a wealth of opportunity and security we will be walking away from as a country, opening the UK up to uncertainty and unpredictable change in the day to day lives of those who likely voted for something they were fed lies about. It blows my mind that some of the areas who have seen the most real physical change and improvement, purely thanks to EU funding, have voted to leave.

The NHS will never see that promised money the UK will ‘save’ when it leaves the EU.  What happens to the European nurses and doctors? And all the other EU workers who provide innumerable services in the UK, how many have got sick of the uncertainty and returned to the EU? How many students have chosen to study at home and miss out on a whole extra educational experience, because they don’t know where they will be eligible to live after they graduate? People have already had the pathways of their lives twisted by Brexit fears and doubt.

To me, this just feels like a huge mistake, a step backwards when we should be looking forwards. With the unstoppable force of the internet, the lives of people are becoming increasingly intermingled – sharing stories and knowledge from one side of the world to the other. So why can’t our borders start to reflect that? Why can’t we work towards equality and give everyone the opportunity to learn about others? To learn that the immigrant worker isn’t a threat but an asset, to see how  incredibly different but so much the same you are.

With weeks left until the second deadline we have been given to worry over, nobody knows the next steps are, nobody can predict with any accuracy the fallout a No-Deal Brexit will cause.
All that is left for the 3 million EU nationals in the UK, UK nationals in the EU is to wait and see, what now? 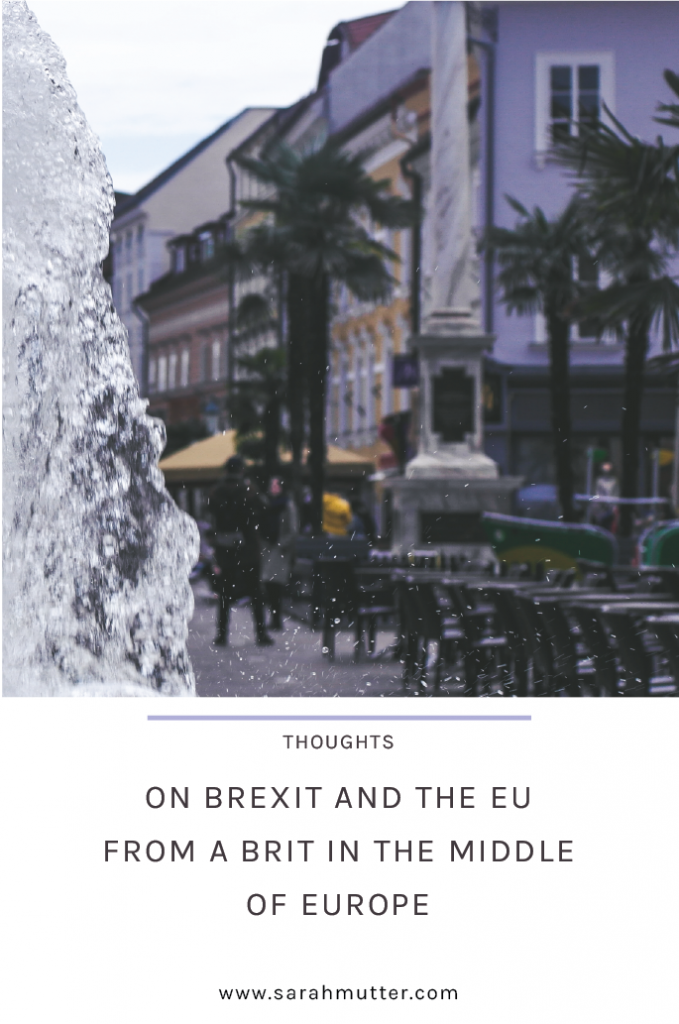