Every other Sunday I’ll be sharing a little of my last fortnight: interesting things I’ve read or seen online, some of my favourite snapshots and any other little life snippets! 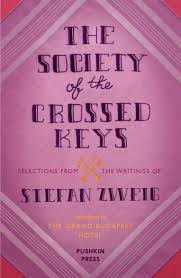 This book had been sitting on my bookshelf for too long – I needed to pick up some light fiction for a coach trip and it finally got its chance to shine!
I’m a big Wes Anderson fan, and particularly love the film The Grand Budapest Hotel – it really is one of those films where you know you are being told a dreamy story, and it’s time to sit back listen and get swept away into his colourful, charmingly unrealistic world.

This book is a sampler of the work of Austrian author Stefan Zweig – whose humanist narration style influenced Anderson in the creation of the film – and opens with an interview between Wes Anderson and George Prochnik. Wes discusses the charms and quirks he likes to give his characters, and details how the storytelling of Stefan Zweig influenced him.

Zweig’s characters are painted in pinpoint rose-tinted detail, picking out their intimate traits. Stories are often nested in stories – featuring a prominent narrator, or a framing of a tale by a further character.  The featured short story, ’24 Hours in the Life of a Woman’ at first struck me as very superficial, and seemed to magnify the almost incomprehensible amount of privilege his characters have – they really are the upper classes, socialising and flitting between hotels and cities, casinos and trains, in the midst of a ‘Grand Tour’-esque environment, but through his careful storytelling and evocative descriptions the characters quickly begin to feel like real relatable people.

Alongside this short story, and another novella extract,  the book contains some chapters  from Zweig’s biography – a work written at a time of huge cultural and political change in Europe.

Living in Austria I found it so incredibly interesting to read this dreamy, but honest and critical, insight into Austrian life pre WW2, though he was known across the continent, the work of Zweig was never popular in the UK.

I can’t wait until I can get my German levels high enough to read some more of Zweig’s work in its native language, for now at least I will be hunting down an English copy of The World of Yesterday to soak up some second-hand nostalgia for a magical time.

I stumbled upon this blog when looking for some information whilst updating my Ponta Delgada/Azores travelogue, and it is FILLED with interesting tourist attractions/oddities and their backstory.

This really got me, well, thinking about the way we think and how our thoughts are really formed. The article features some people who have really interesting relationships between imagery, memories and feelings.

photos from my phone 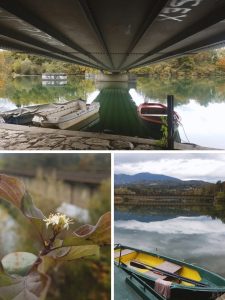 Autumn is here – and the colours are amazing! This is my first Herbst in Villach and it’s been gorgeous, waking up every morning to see golden sunlight shining on the multi colour mountains.

Summer weather seems to stick around much longer here than in the UK! We have spent the last couple of weekends walking around exploring the areas by the lakes – as during the summer we were mostly in them! 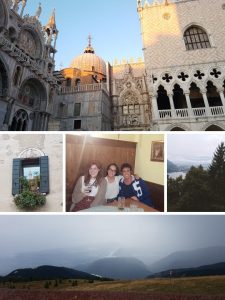 A couple of weeks ago one of my friends from home came to visit, we took a trip over to Venice – I love being able to take a train or bus a few hours away and find myself in another country and an exciting city!